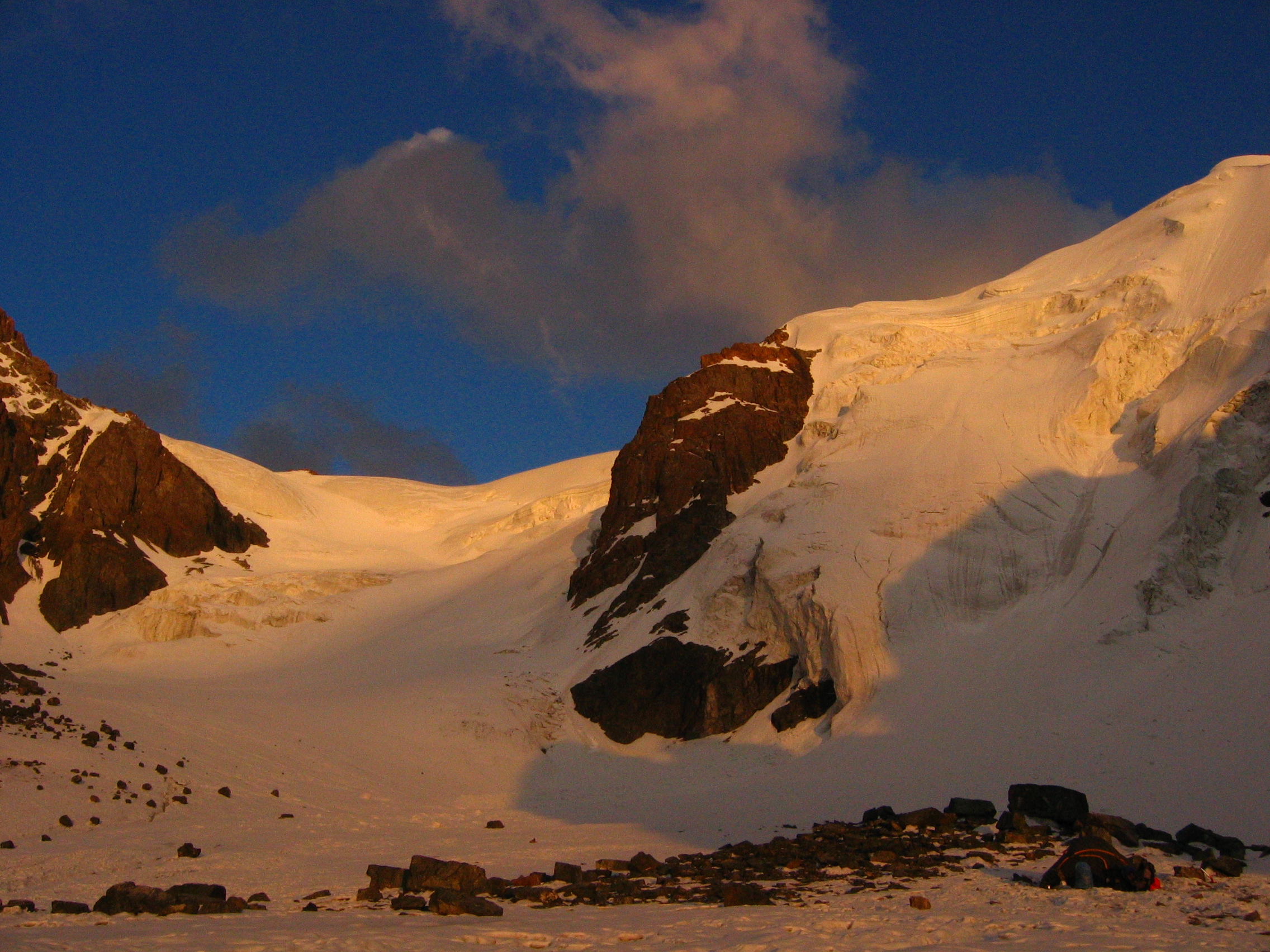 Today is a consequence of yesterday,

and the cause of the coming day is created today. …

Are you happy with yourself?..

Once at Risk flashed an article by Valery tint “on the waves of my memory”, which I literally read in one gulp. And then it was time…Nostalgia. Memory of the colorful mountains of the TRANS-ili Alatau. Something moved that hadn’t been there for a long time. The same is true for Medeo and Issyk-Kul, although on more complex routes. The same, sometimes heroic struggle with snow and stones, and, of course, the struggle with himself.

It caught on the first time, and it was the beginning of the two thousandth, so I wanted to go back. And returned. This was already in 2008 and 2009, when the Talgar “four” took place. Without his own initiative, nothing would have happened. Everything went well.

Despite the first Altai in 2000, I think that my real first mountains began here. In Soviet shoes VZSPS, welding glasses, zinc ointment, construction helmet and cats were called “ants”.

According to the article, from the first adventures of our “mountain three”, a Ford across the river in the area of Sunny glade, and then L.Talgar, although surprisingly not so terrible in the evening. In addition to all the “first”, and even with a contrast-it is always a gamble and, of course, a deviation from the usual norms. In the conditions of civilization for me it is winter swimming. It was not far from this “cold occupation”. In the middle of the Ford, I thought: “why not go back? Calmly pull on your socks. Maybe it will be warmer there. But the subsequent thought that then have to go in wet shoes, not warmed the soul, and socks from the cold will not save…they took their own. In addition, there were saving grassy Islands, which housed two of my feet. But the Islands came to an end, which made me angry at the river and realize, ” you can only cross it out of anger.”Only to whom?”! Went with statements like “I’m not cold at all”,” like a simple river ” and something like that. And then what? The river must be punishing for such impudence. The result: a bruised finger on which I landed safely. Wild pain, as it happens in girls and miniature-glamorous tire from under the box with some cream (thank you Tanya). After such moments, you realize that all the descriptions about cold water, chilling to the bone, it is clearly not fiction.

And a little more about what is happening for the first time: almost vertical descent from the pass of Four 2A*. It was then that I felt that Snaryaga is important and, of course, its competent use, namely-the optimal length of the mustache and adequate cat teeth. Sometimes it seemed that they, these same cats, did not exist at all. To complain about life at that moment was stupid, because Tatiana, through no fault of her own, had one cat completely absent. My admiration for this man is still boundless. Then there was the introduction of Camp and Grevel, everything fell into place and self-esteem, too.

It’s funny, but then I remembered this pass and fell in love with something long-suffering and deserved. As soon as we stood on a level surface at dusk, the feeling of “good teamwork” and pleasant fatigue grew all the way to the tent. Already in Alma-ATA came some positive euphoria, and at home-awareness of the route.

Somewhere in 6 years there was the most beautiful, but not easy given pass of Partisans in the same edges (I can be proud of descent and to this day), and in a year the traverse conceived still last season in the same massif and the Father — peak Talgar 5017 m., in some respects my best high-mountain action. Although we must believe that the best, of course, ahead.

The acclimatization mistakes of last year allowed us to do everything right this time. As the saying goes, ” if you don’t lose, you won’t win.”Here were the same feats, or rather, the March-throw to the river “Left Talgar” and back to the Parking lot, through the heat, a throw of 20 km in 14 hours and passes 2A and 1 B. that night on my return, I felt not only the joy of fatigue, but also thought about some limitless abilities of man. Agree, in life, of course, there should be a place for a feat. Here I involuntarily remember Kuvaev’s “territory”. Maybe some of the fans will remember:”… so you can just say, ” Remember?”and sink into the sweet weight of memory, where rivers, hills, sweat, cold, blood, fatigue, dreams, and the Holy sense of right work mingle. Male… This “breakthrough” Then was worth it and, by the way, “checked” all, sorry, for “lice”. This was just the case when men take responsibility for themselves, morally unload the management and apply all the information studied before the route in full (Lech thank you). Not without psychology, the psychology of small groups in the mountains. Even the joyous weariness spoke for itself.

— What did the variegated mountains bring up in me?”””

“Patience, of course! “Juventus” does not go to small passes, we have several valleys and passes a day, sometimes sky-high mileage from night to night, a significant distance once a day, time to rest about 10 minutes, lunch for an hour and a half….But what we are now! And all this somehow stuck in me along with all the “stuffing” and did not go away. As if the blood composition had changed.

And it’s just a crime not to mention the “colorful” beauty of these places, ranging from the bright green of Shymbulak to the shades of ice of the Talgar massif. The diversity here is different, unlike the Altai Mars or the Yarla of the Katun massif. And is it possible to describe the mountain or tell how beautiful it is? Strange thing, but on that route in 2009, it was one of the criteria for my selection. For example, the pass Jambula.

And the valley of the Chon-Aksu river, striking with its peace. God has done everything possible here, which is hardly possible even for a professional landscape designer.

Zailica is a sense of joy from everything that happens to you. She taught me to see beauty in a landscape of stone and ice, and helped me understand that you can’t ignore the possibilities of a feat.

Each, I suppose, had its own ” variegated mountains.””What were they like?””

For the nostalgic photos thanks to Vyacheslav Safarova, Mishka and family of Nemuschenko! 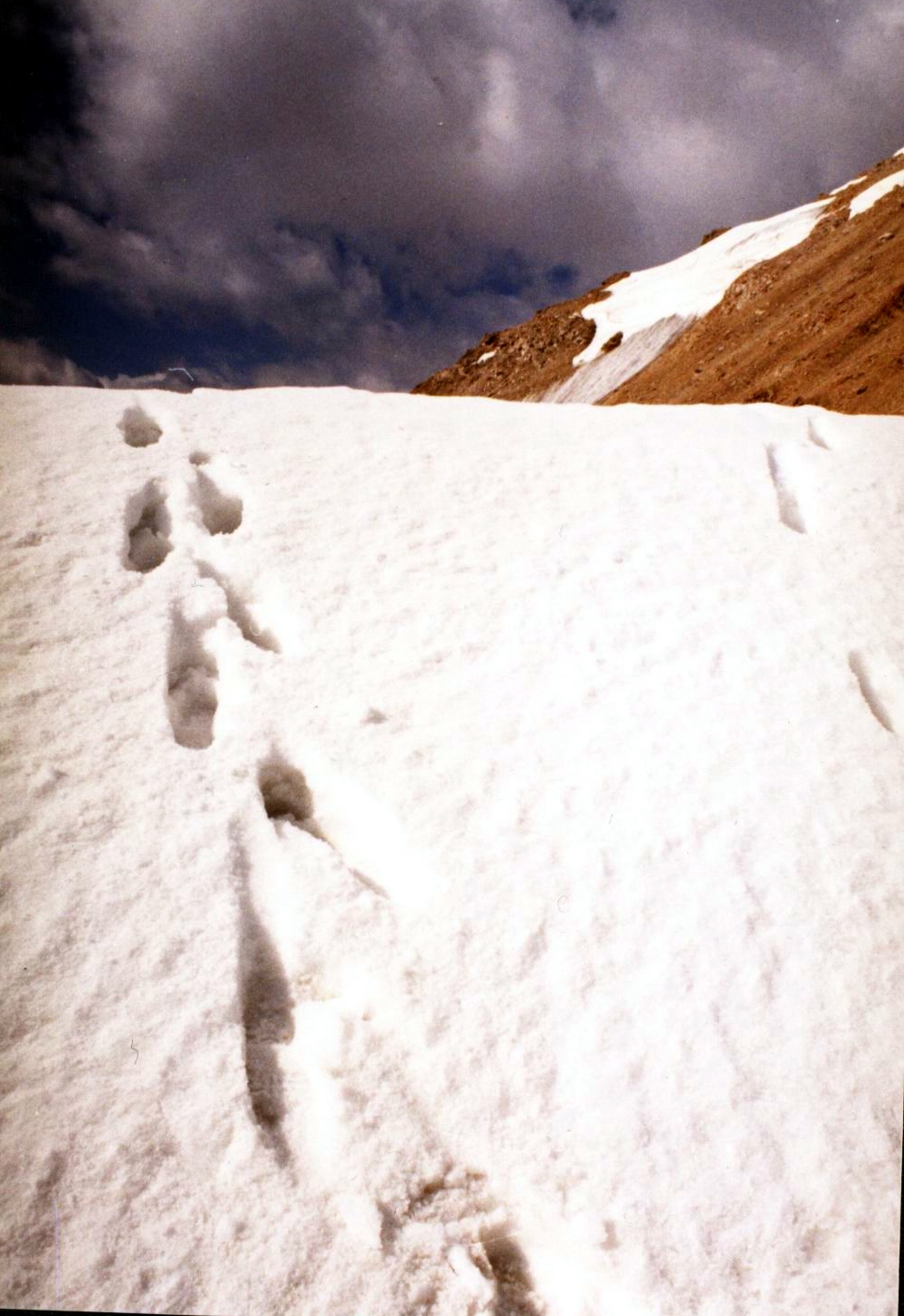 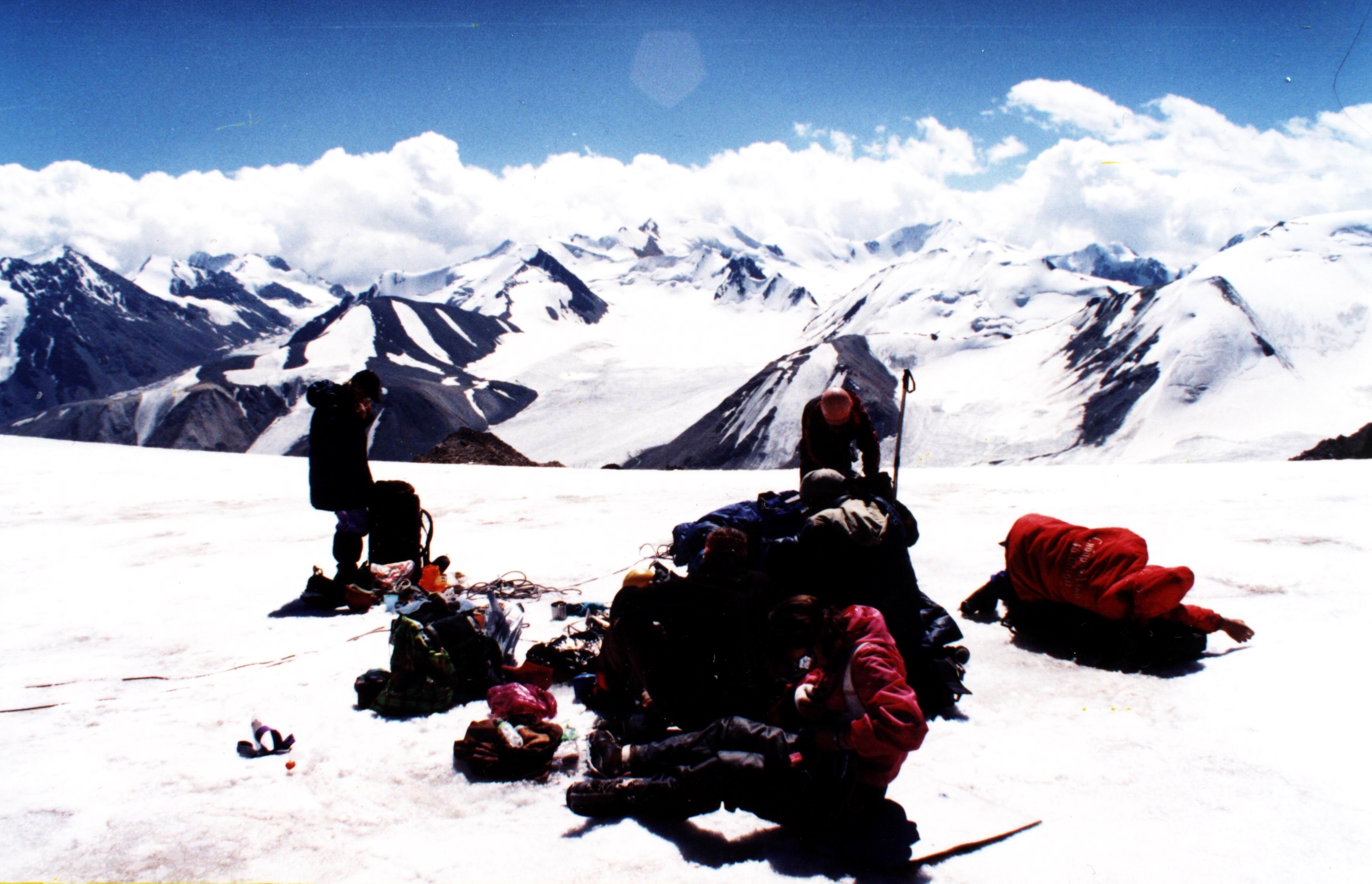 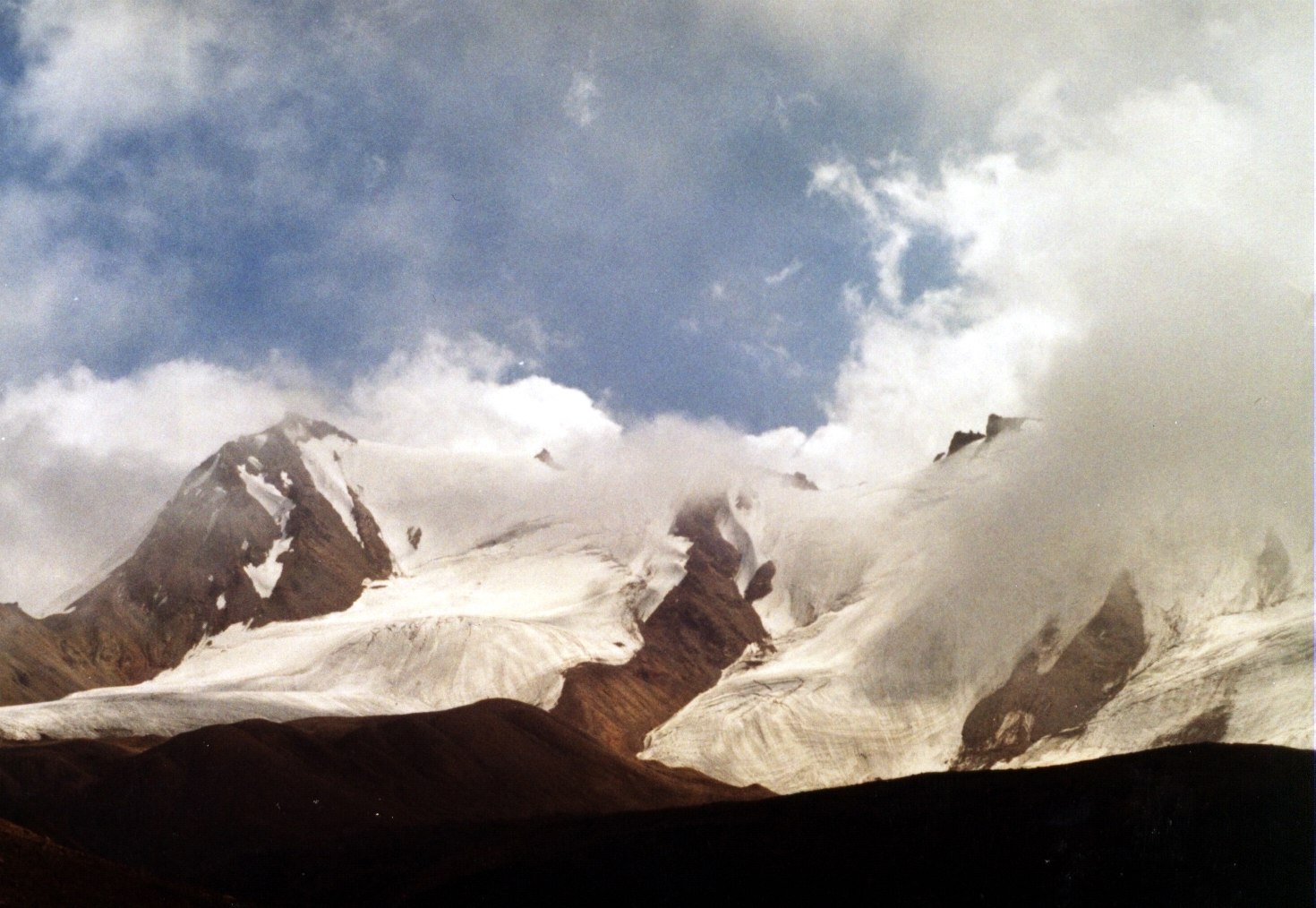 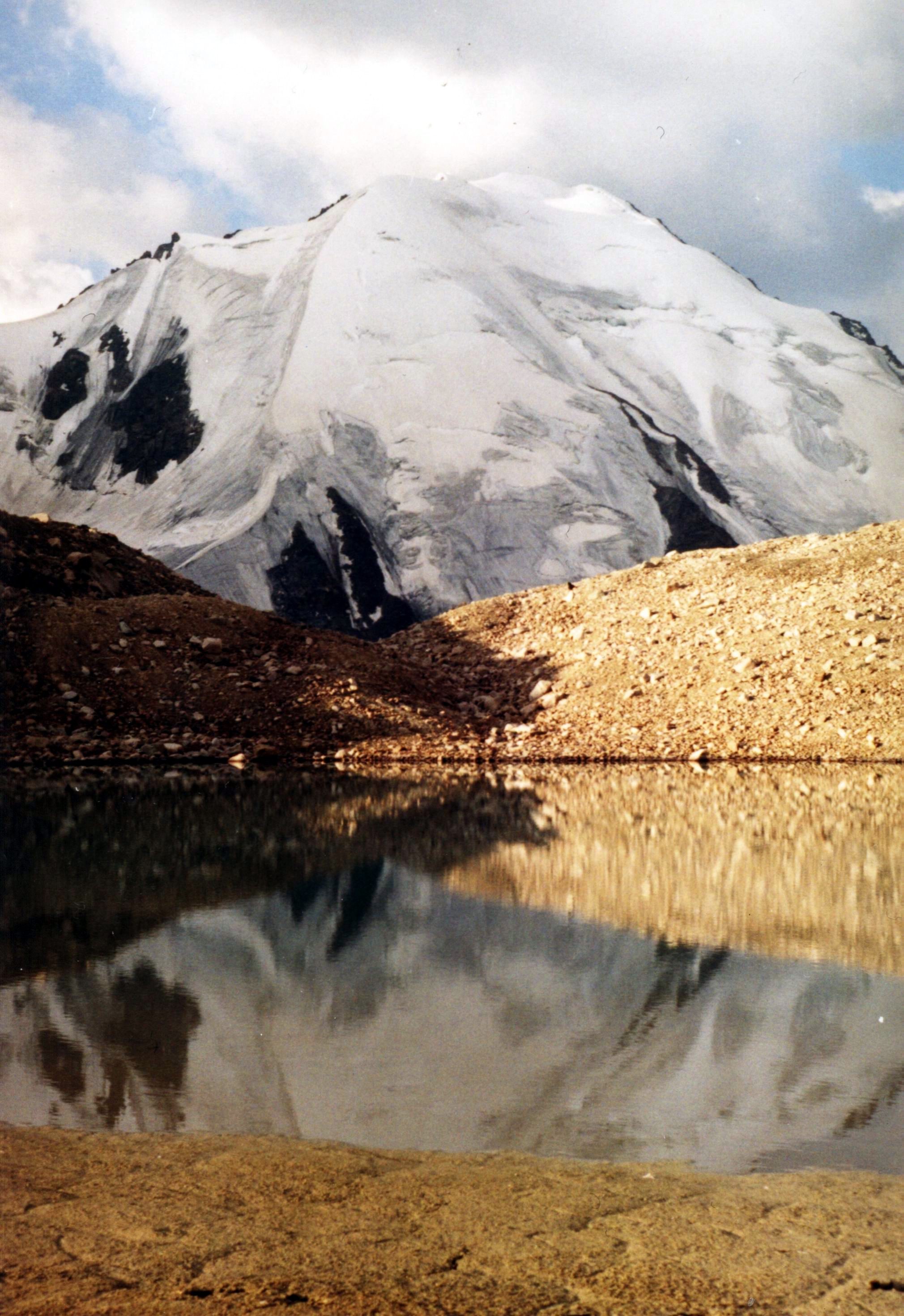 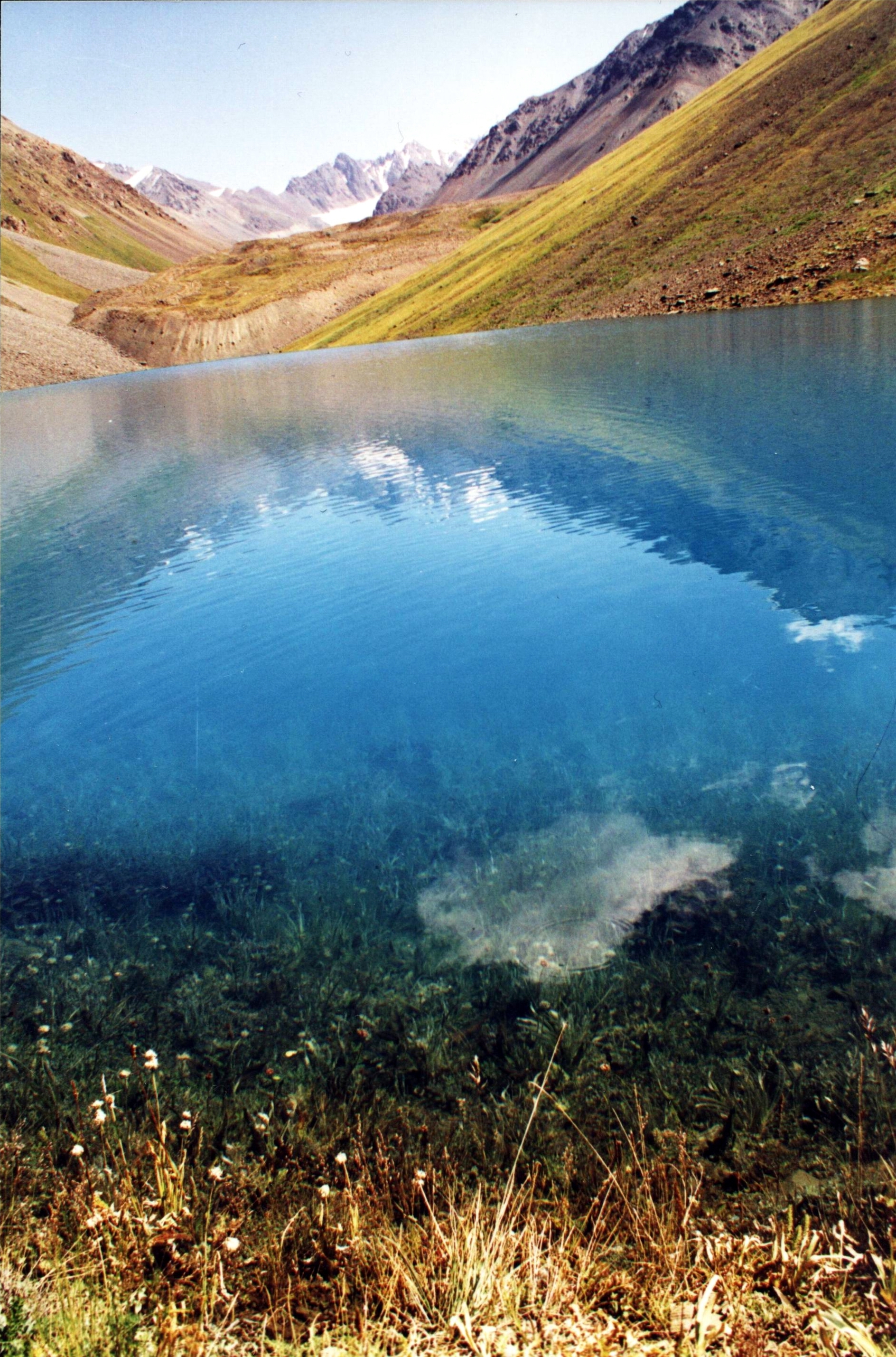 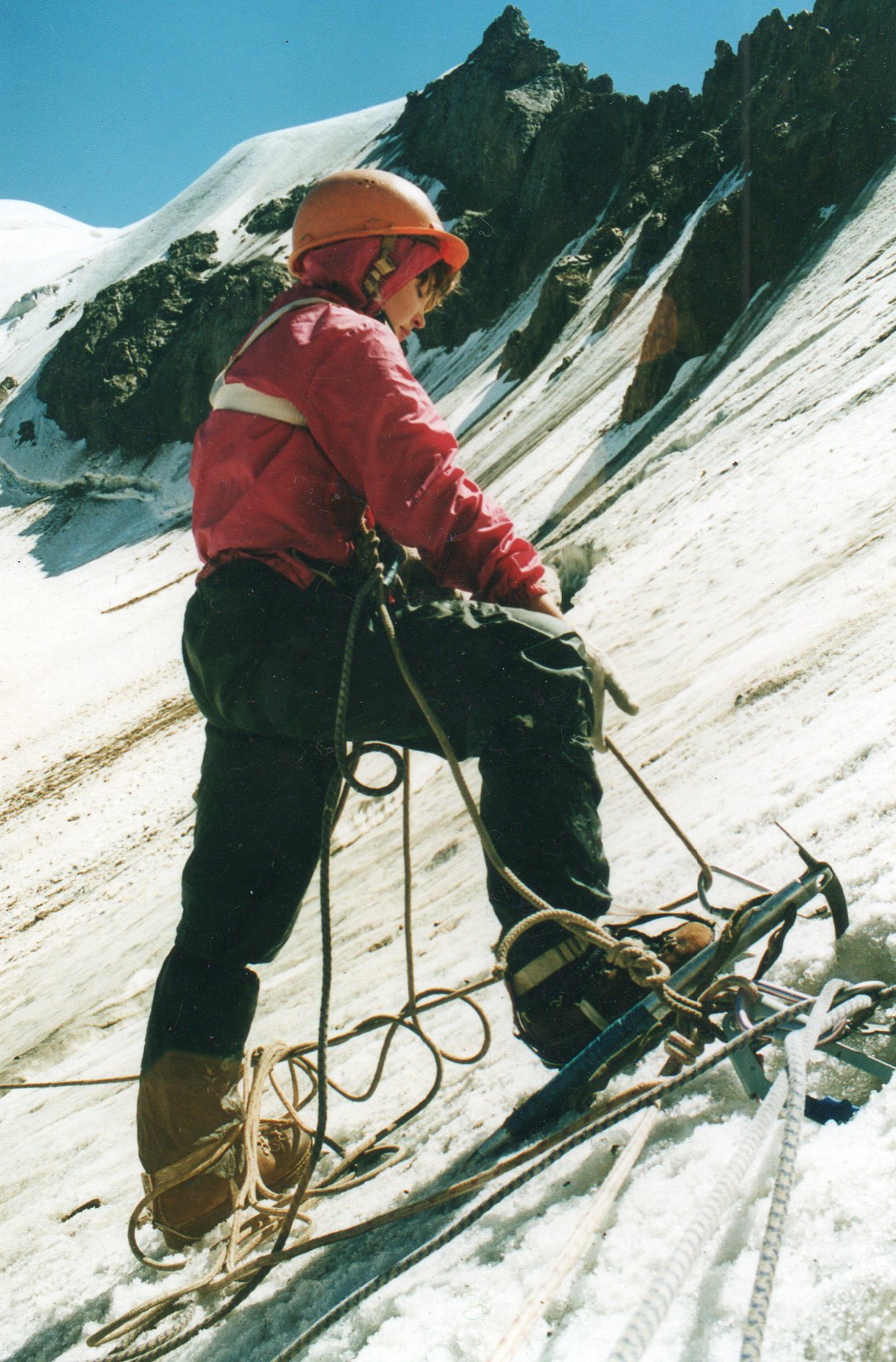 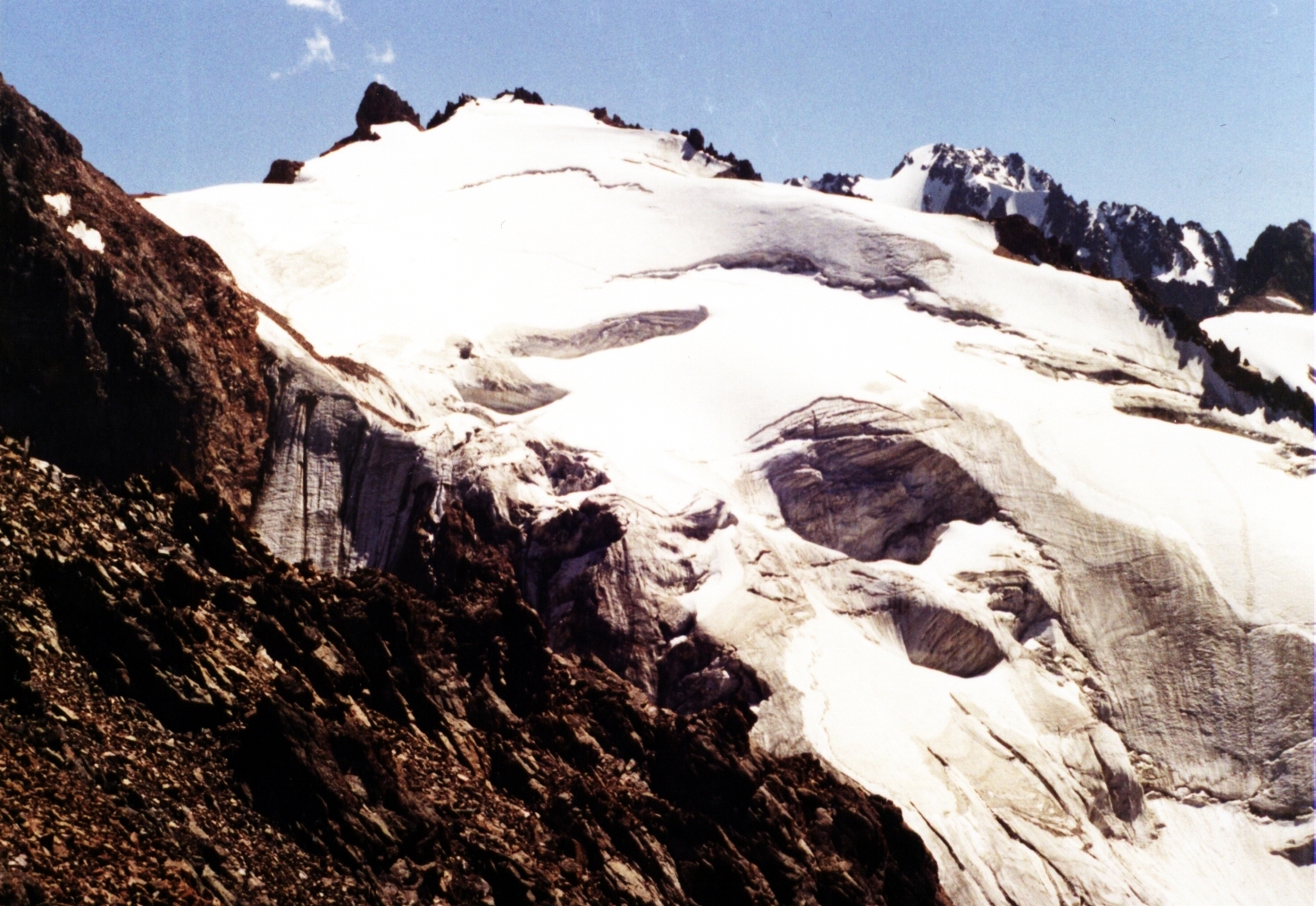 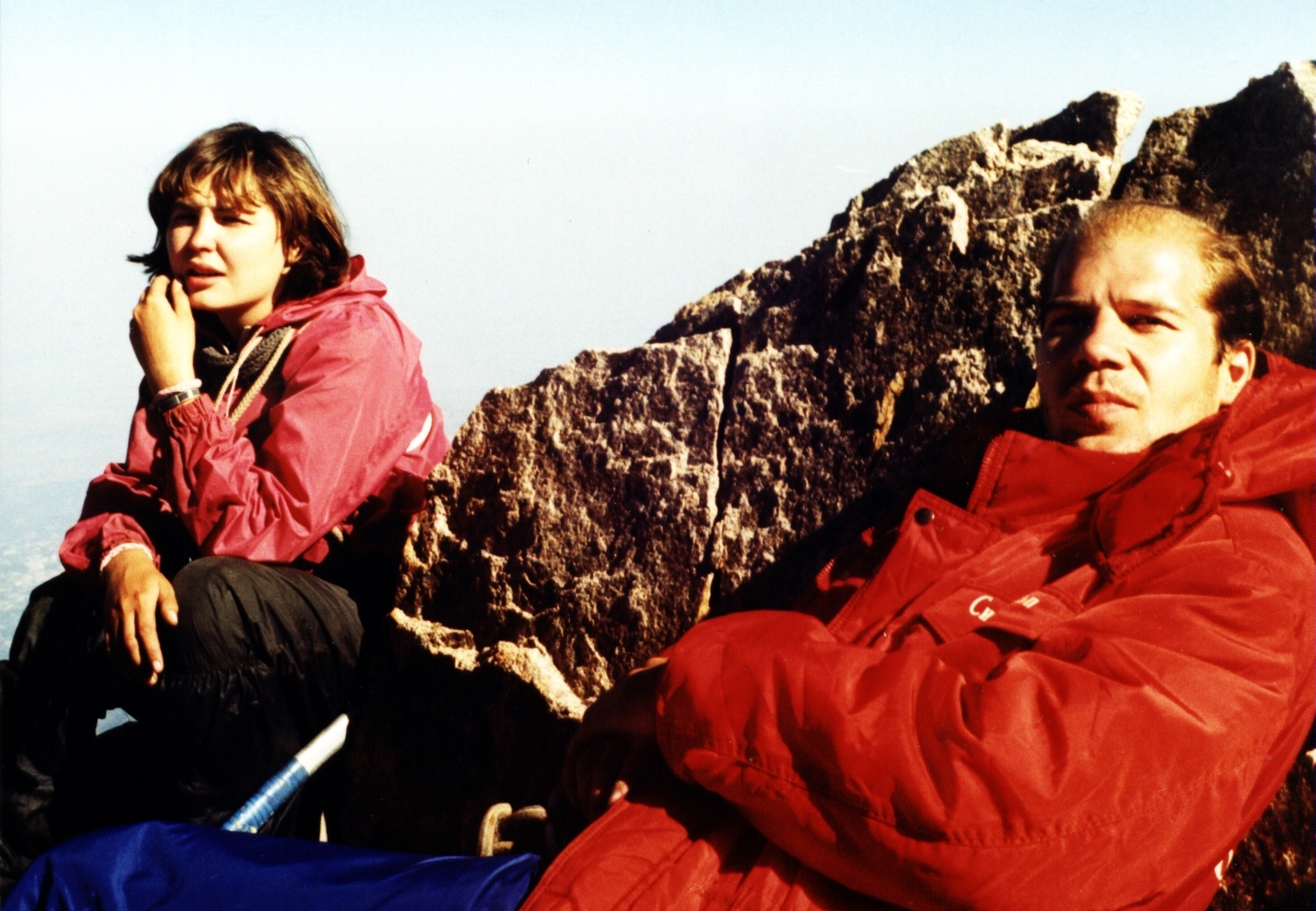 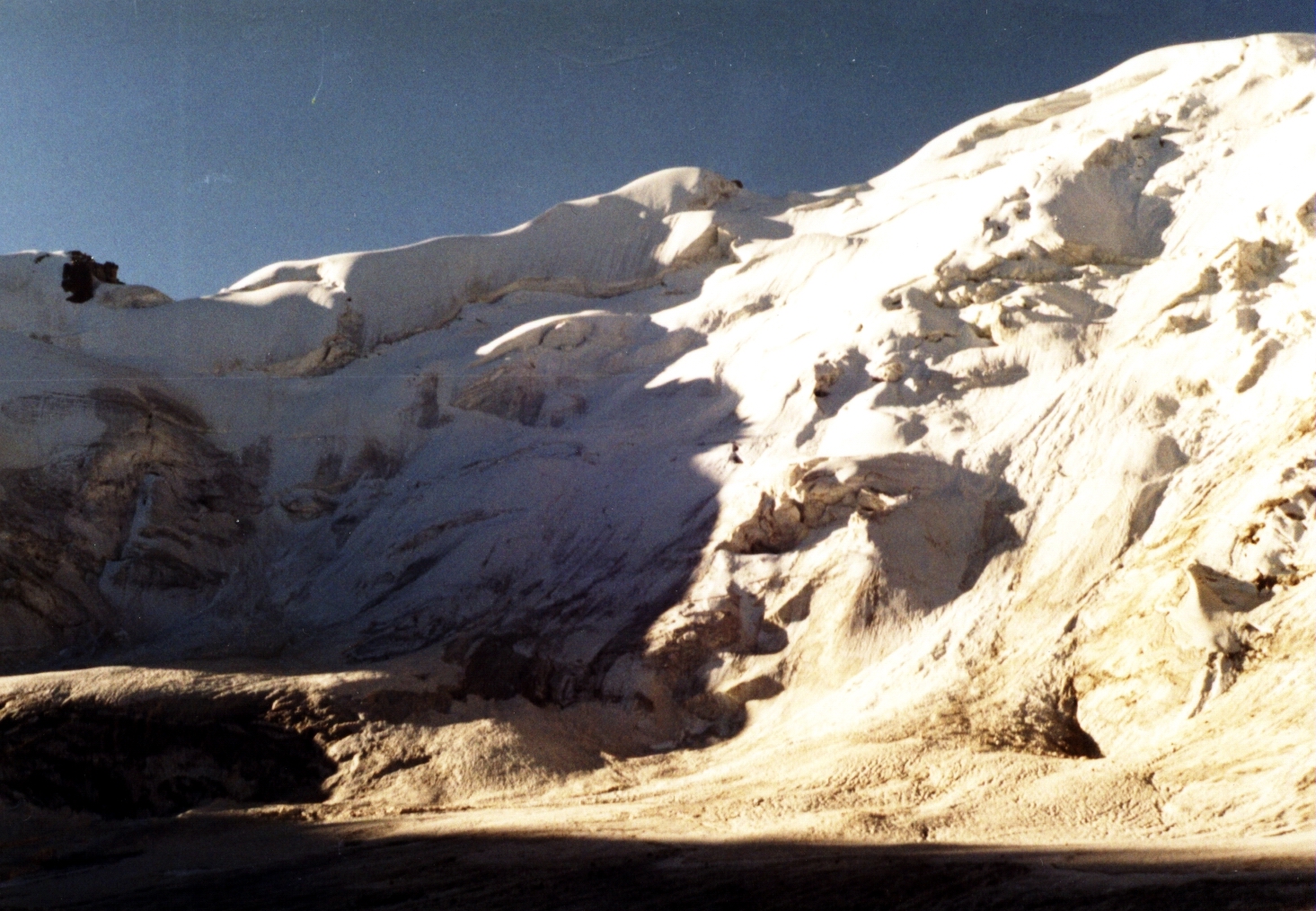 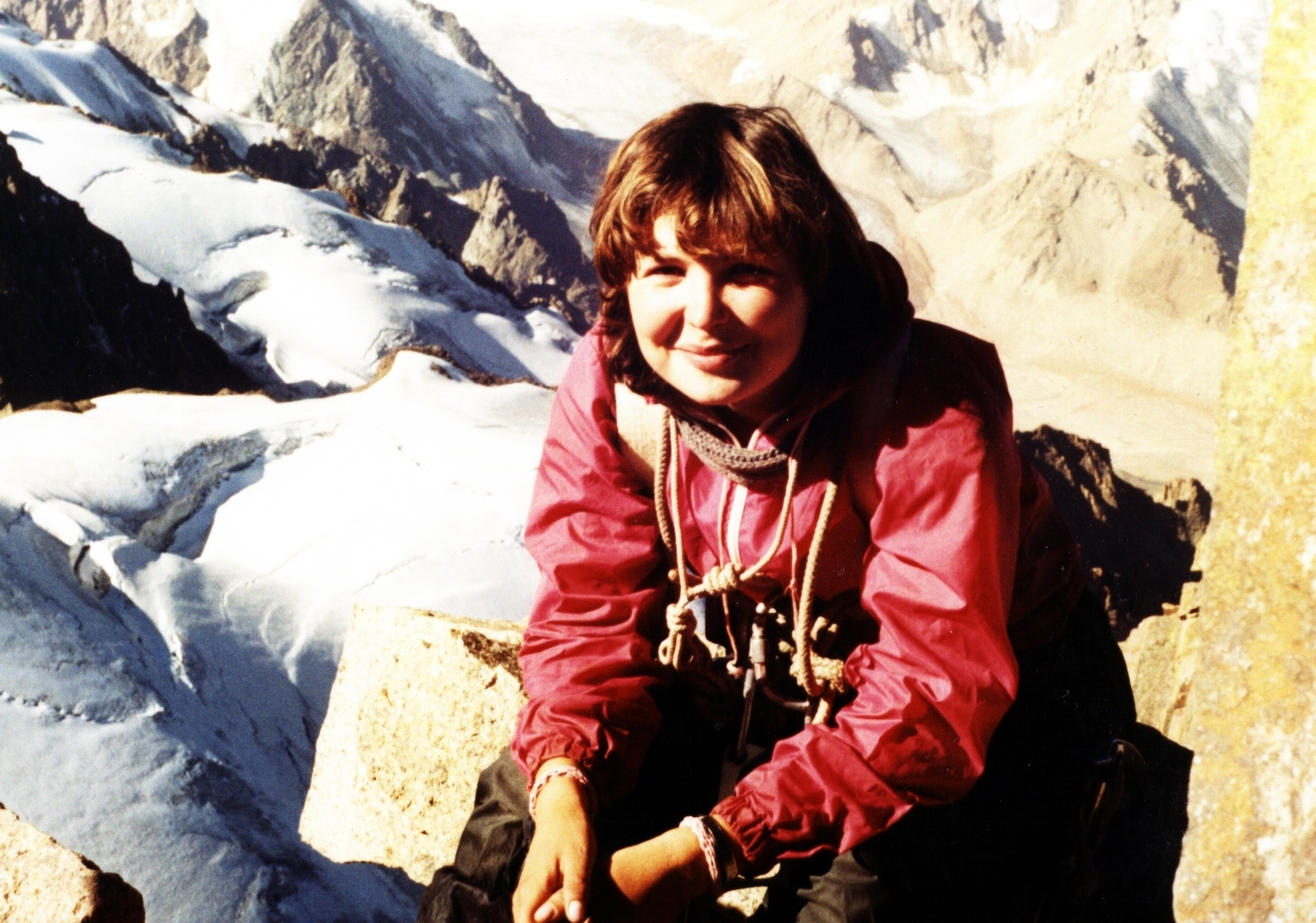 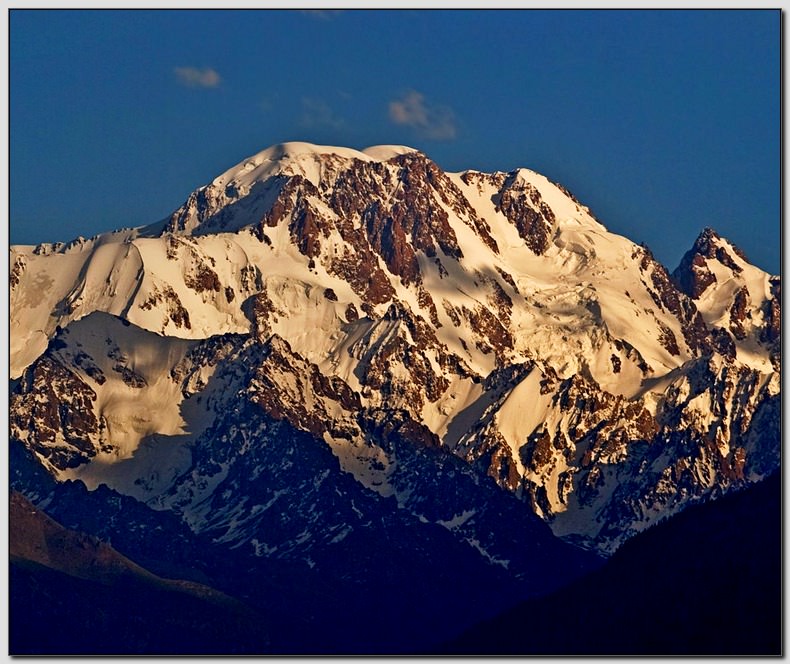 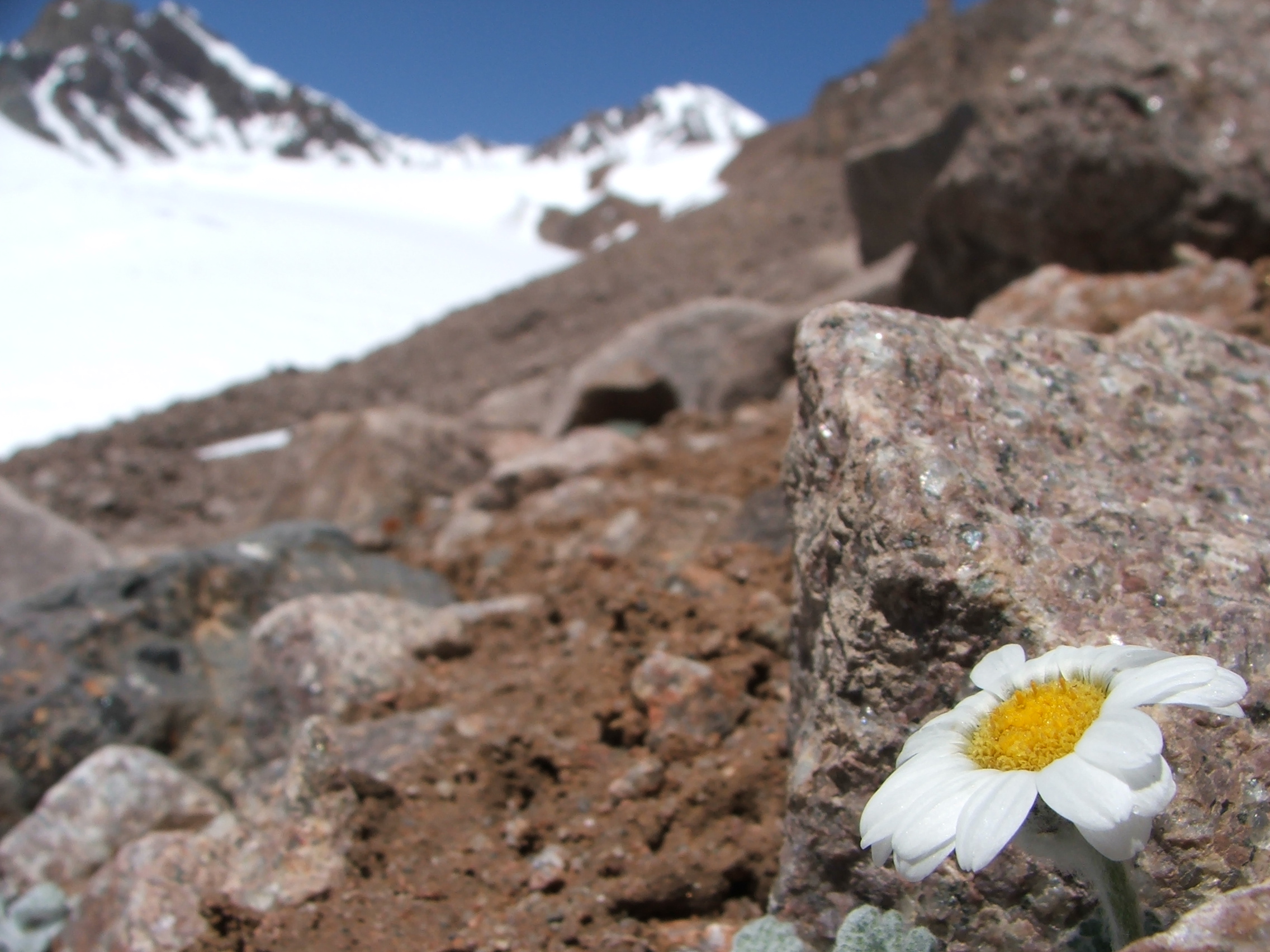 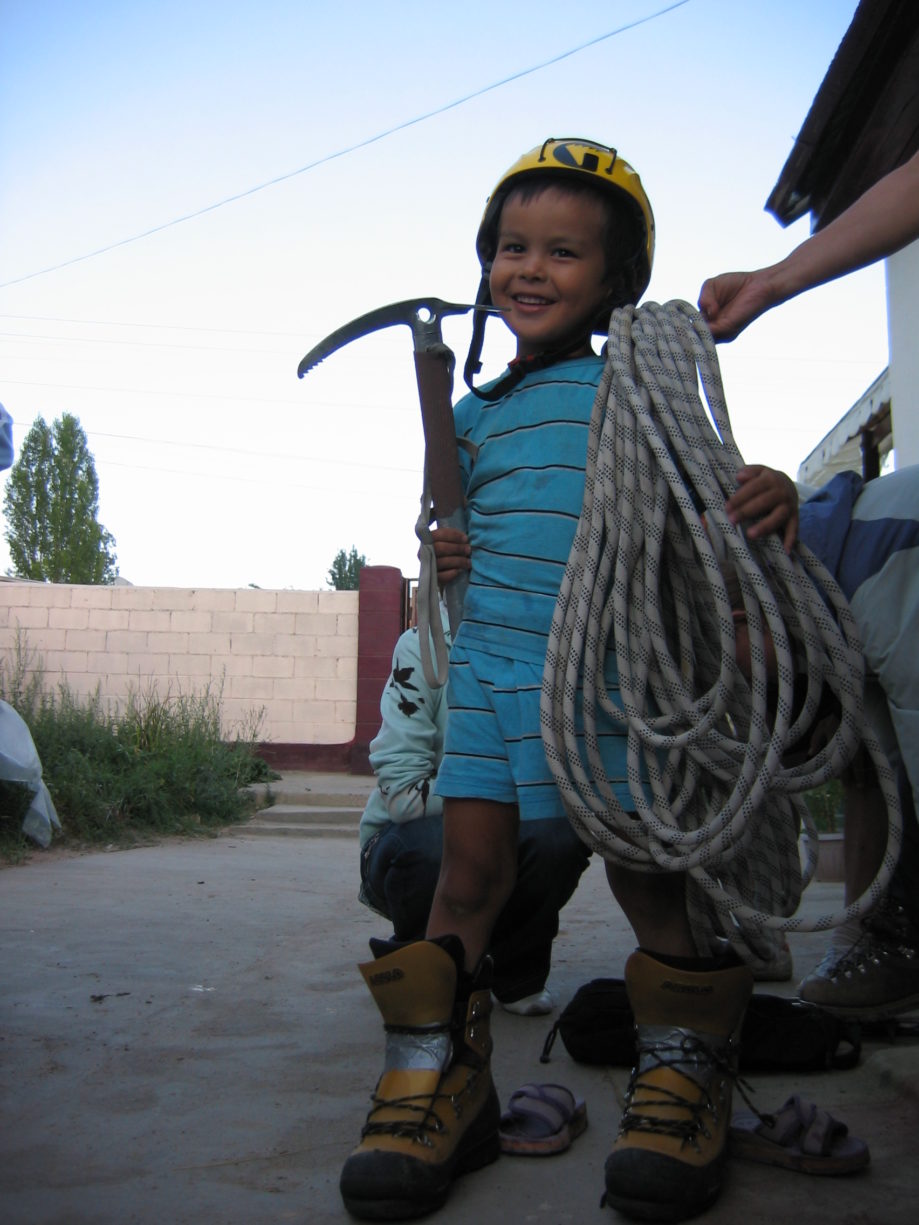 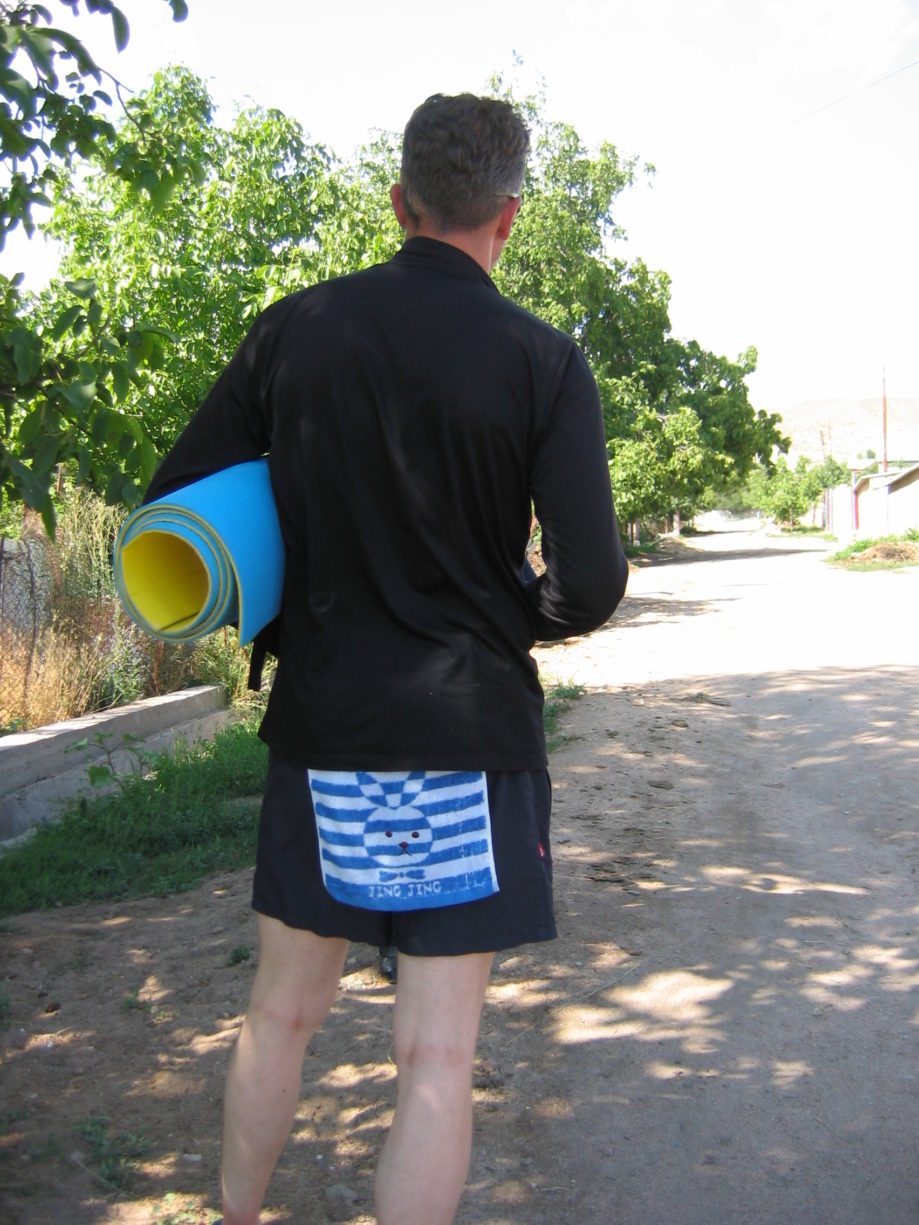 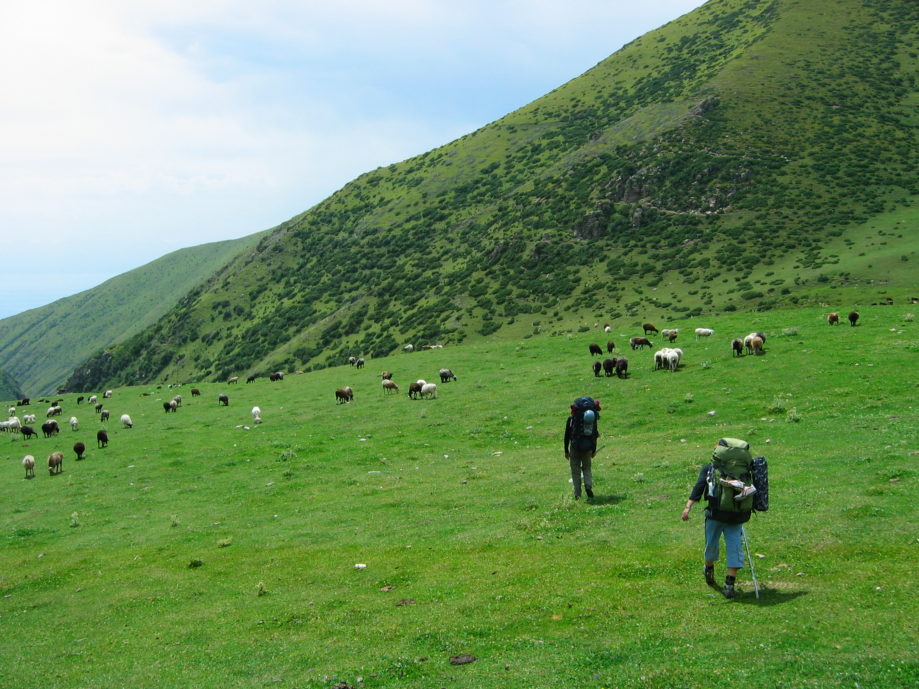 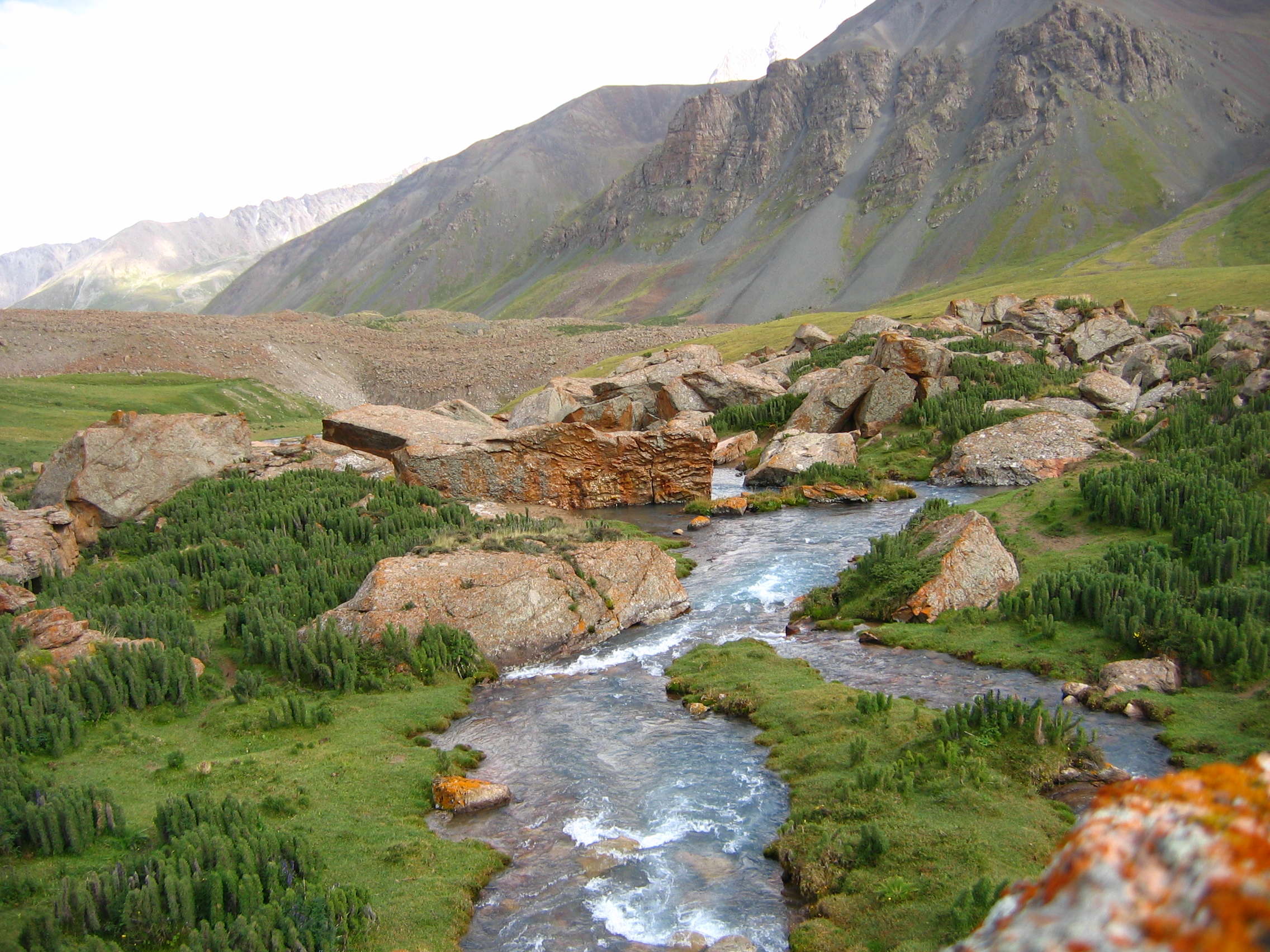 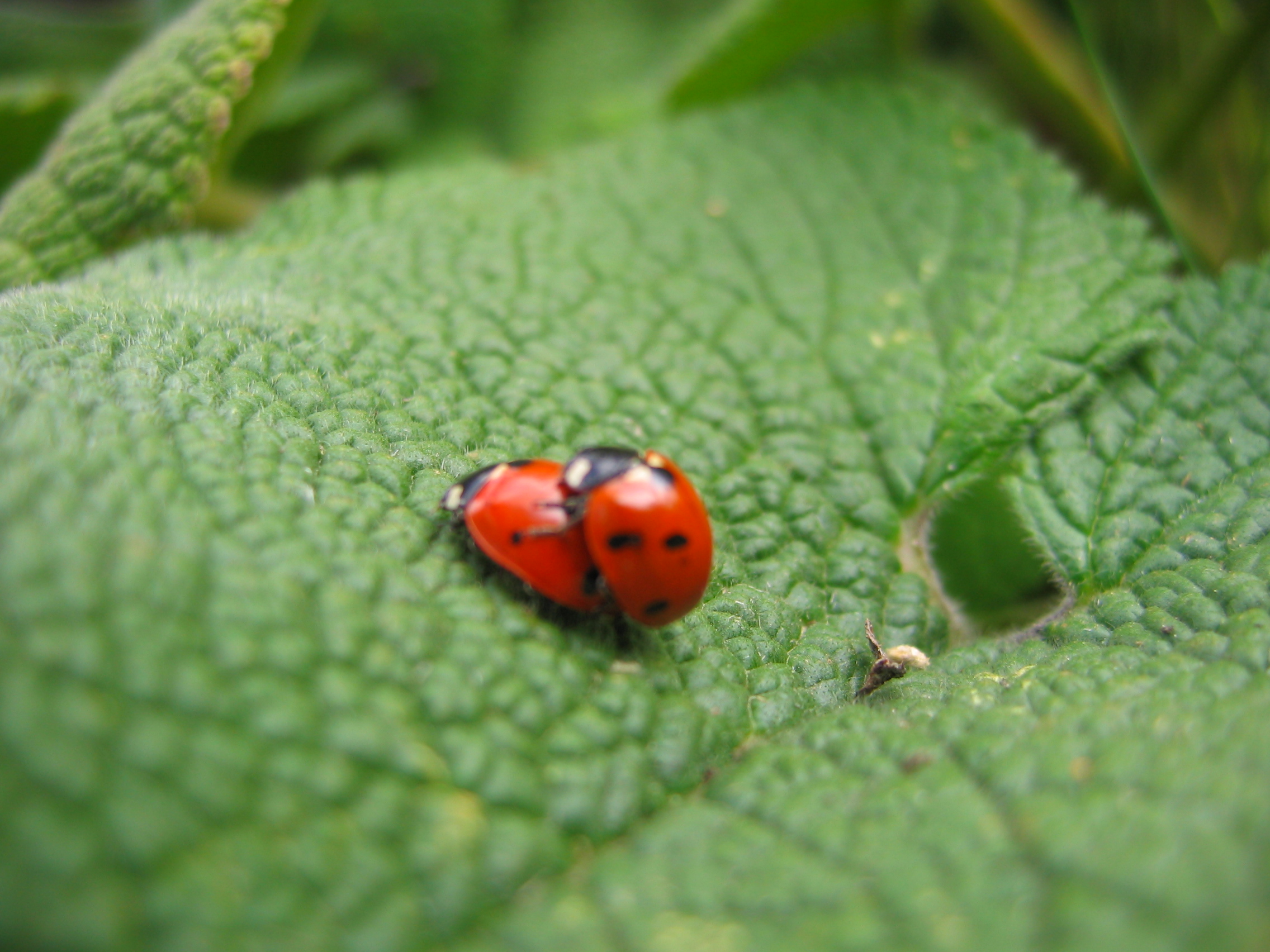 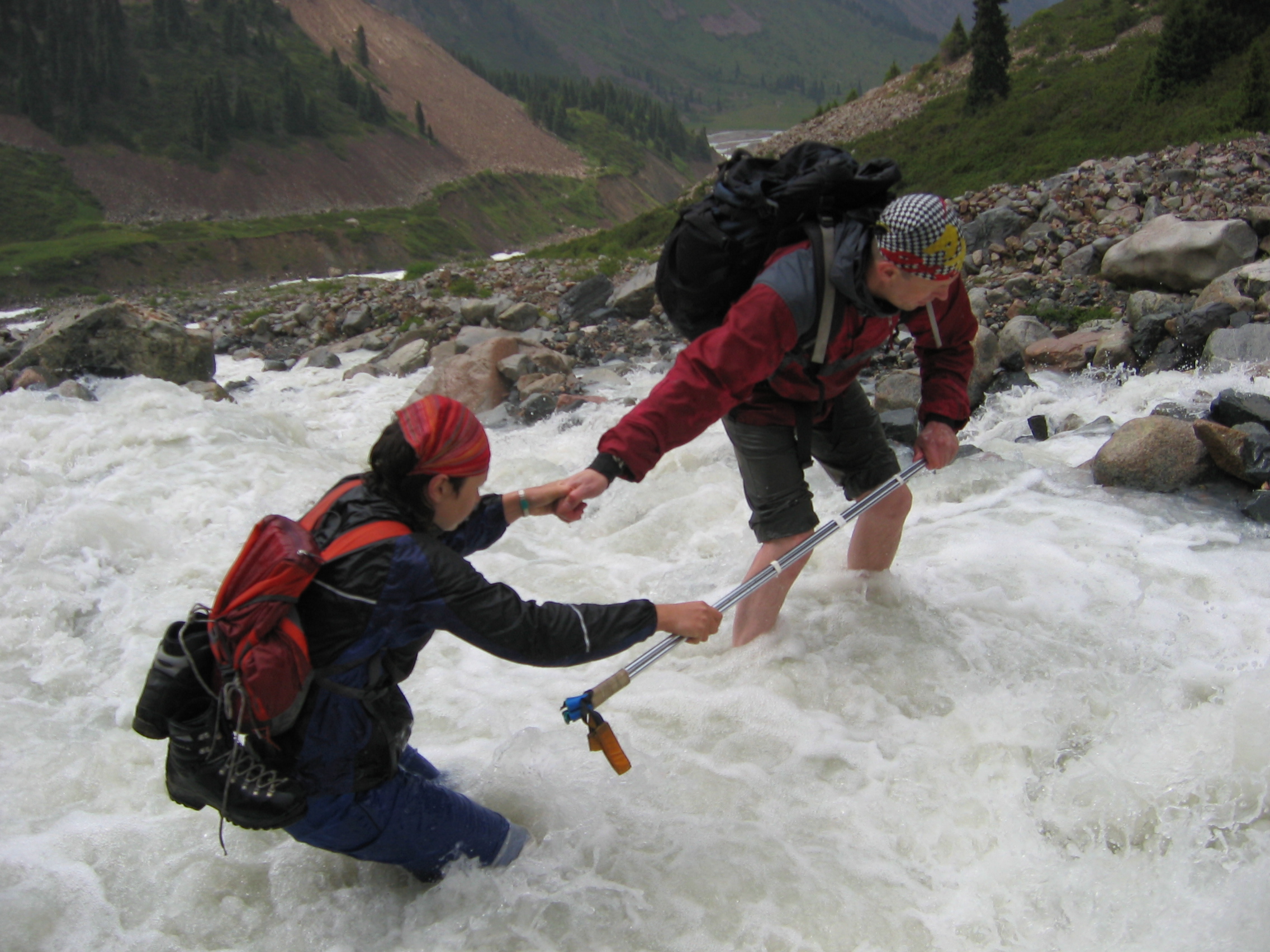 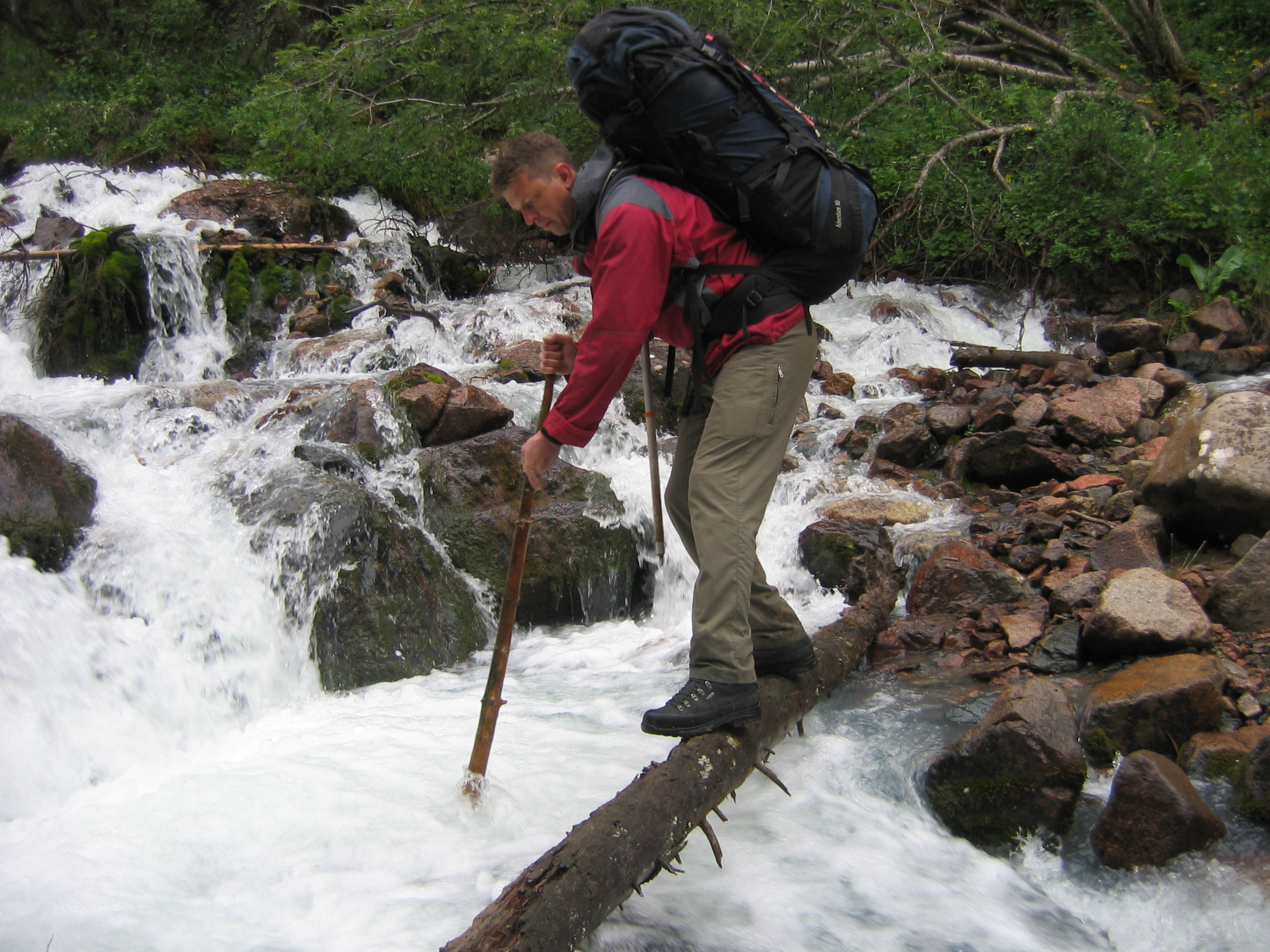 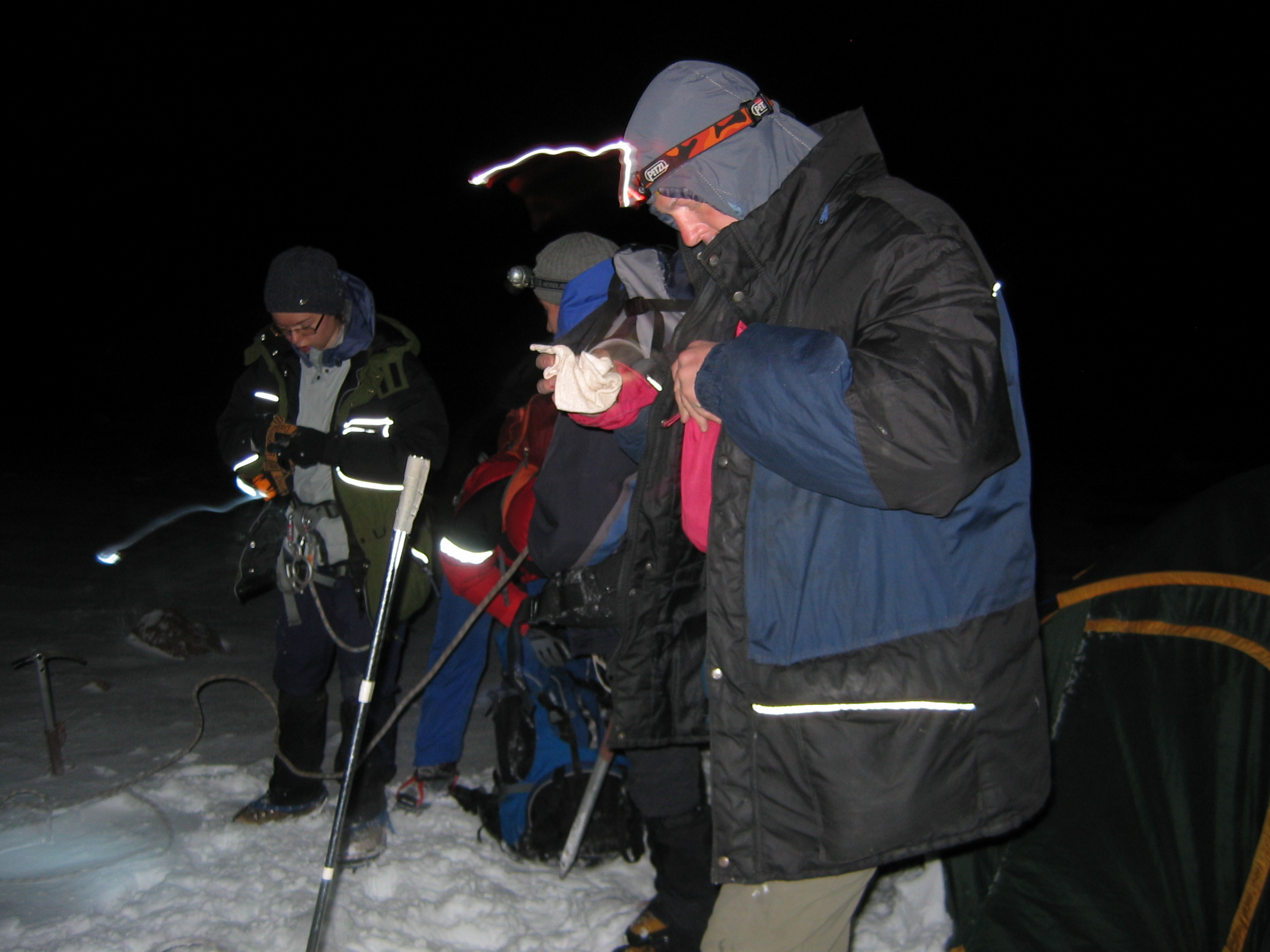 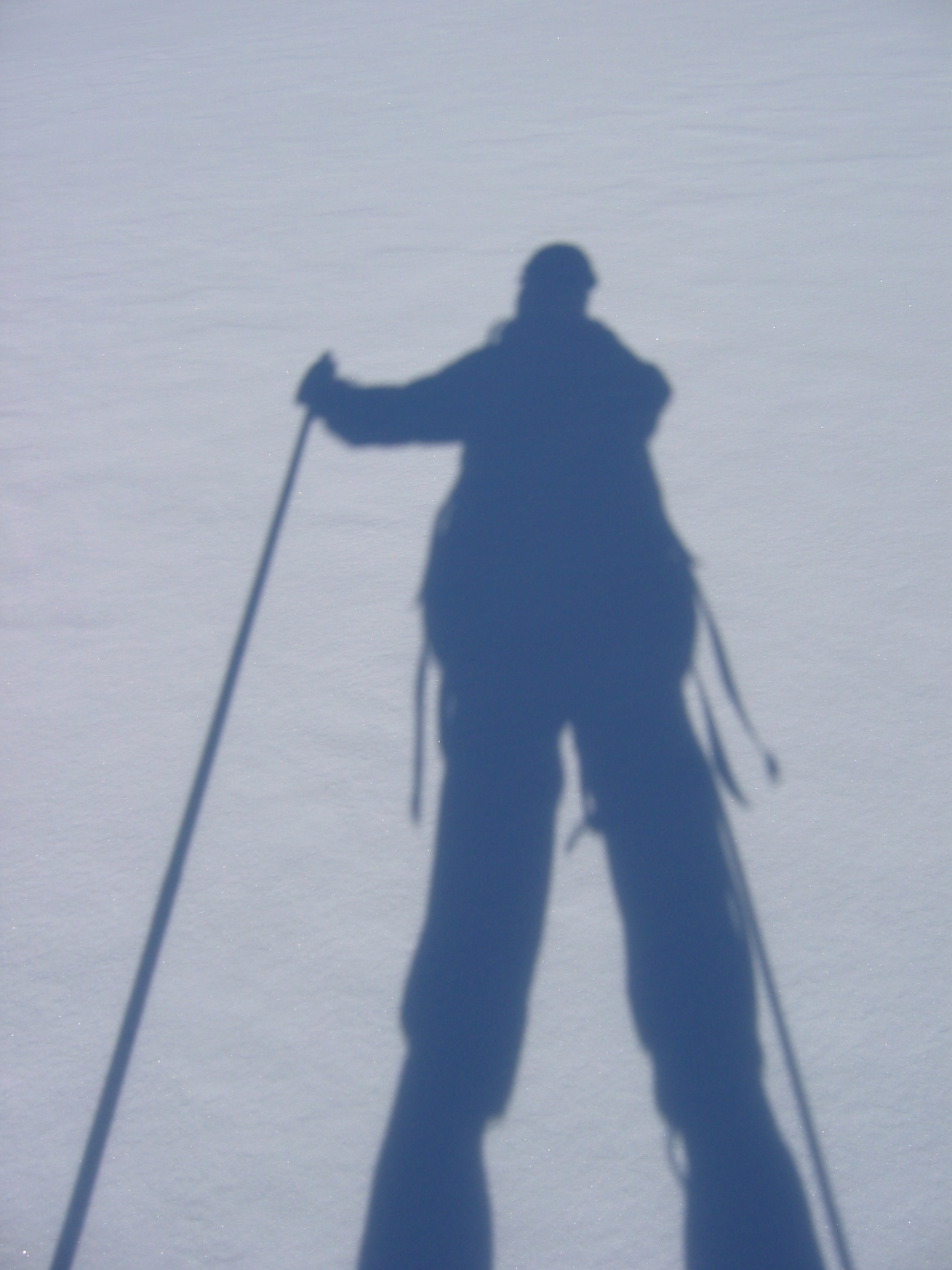